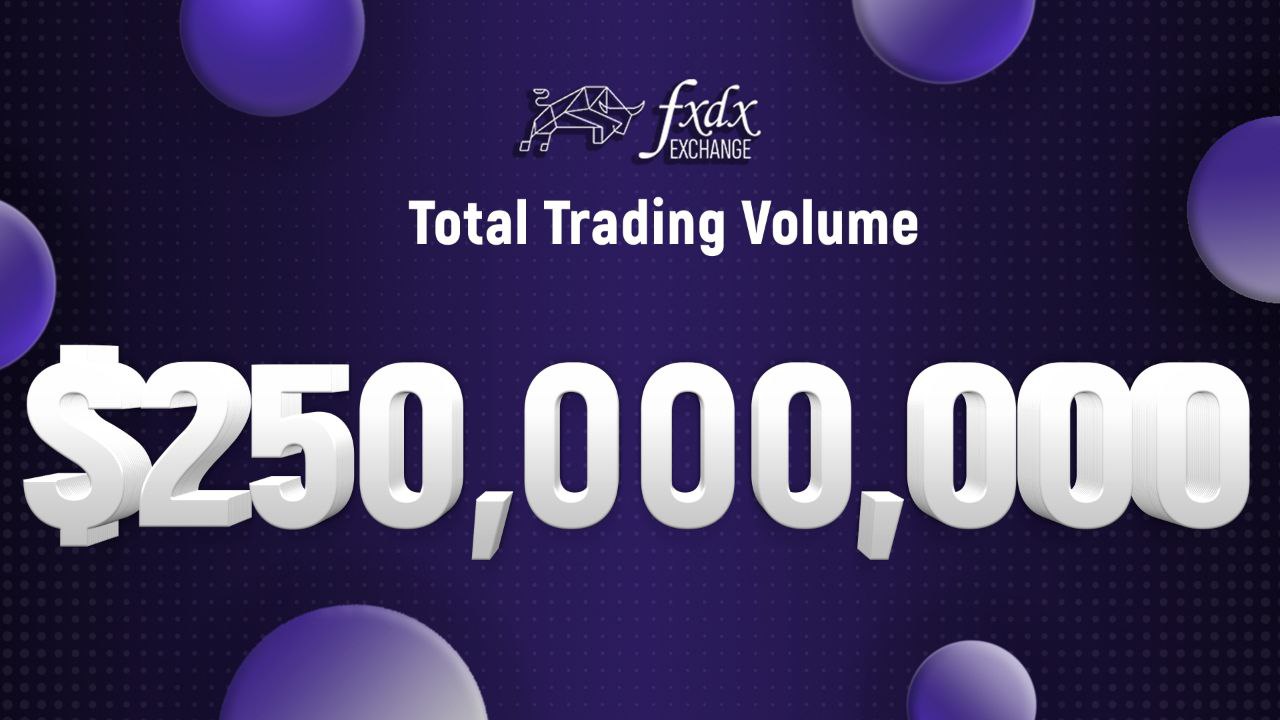 British Virgin Islands, UK, 31st October 2022, ZEXPRWIRE, Decentralized Finance (DeFi) has grown substantially in a short timeframe and so has FXDX Exchange. It has crossed $250m in total trading volume in about 3 months of its launch. Two of DeFi’s main goals include reducing dependency on a centralized party and access to trustless diversified financial services. FXDX ensures a trustless environment of lightning-fast trades at low transaction costs, minimizes liquidations, and maximizes gains on your trade.

FXDX is a trustless, permissionless, and non-custodial trading platform that enables you to trade derivatives such as perpetual futures and take leverage trades without having to worry about manipulation by a central counterparty.

FXDX has been able to achieve some remarkable progress already since its launch:-

FXDX is currently built on the Algorand blockchain. The problem with many blockchains is that they sacrifice at least one of the key properties of security, scalability, and decentralization, known as the blockchain trilemma. However, the Algorand blockchain overcomes this trilemma by using the Pure Proof of Stake (PPoS) Consensus protocol. Algorand makes it easy to tokenize, transfer and program conditions on any instrument of value.

Since its launch, FXDX has listed major trading assets like BTC, ETH, SOL, and ALGO, which enabled FXDX’s trading volume to reach over $250 million.

From trading to investing and beyond, accessing the DeFi platforms is easier than you might think. With FXDX, a leading decentralized derivatives exchange, you can trade or hedge your portfolio. You can learn more by visiting the platform at https://fxdx.exchange.

The Macqwerty Asset Investment Collective No.1 Hybrid Fund is doing well during the stock market downturn

18-year musician behind Astronomia, Sanat Sawant is reaching for the stars