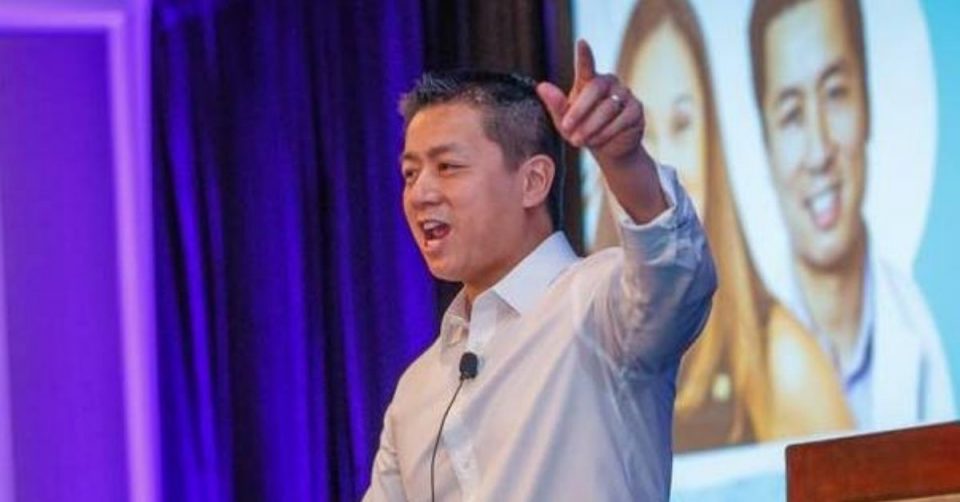 When you imagine your dentist you probably would not imagine that they are also an entrepreneur, social media influencer, and a life coach. Glenn Vo manages to be all of those and more. The Pasadena, Texas native is the brother to 4 other siblings and his parents who immigrated to this country from Saigon, Vietnam. His parents always taught him to work hard and stay focused on his studies so that one day he would achieve the American dream. He always made sure to follow his parents teachings and work hard in every aspect of his life, but he also like many encountered quite a few ups and downs. Whenever Glenn or any of his four siblings would run into an issue they would turn to their mentor, Mr.Glenn Leon Rogers. Not only did he help Glenn and his family assimilate to this country but he also provided Dr. Vo with the most valuable advice he ever received; “If you find yourself to be fortunate in this life then always pay it forward”. It was because of this advice that Glenn made it his obligation to help as many people as possible once his business gained a substantial amount of success. Glenn may be a very skilled dentist, but if you had asked him what he wanted to do for the rest of his life before deciding to become a dentist, there would be no mention of the dental industry.

His dental professional journey began when he took the position as a dental assistant at his sisters dental office. It was his sister who suggested that he study to become a dental professional. After enrolling in dental school Glenn met the one person who would make all of his success possible, his wife. Together with his wife he was able to open his own dental office, Denton Smiles Dentistry in Denton, Texas. After Glenn and his wife opened their doors he knew that he would have to utilize social media to take his business to newer heights. He created a large following of over 30k followers on Facebook and has become an overall social media influencer.

Social media was the key factor in turning his office into a seven figure business. He advises that any entrepreneur trying to scale their business needs to follow his triangle of genius. In order to do this you need to use your passion and skills to meet the needs of your industry. If there is still an issue gaining followers then Glenn advises his audience to reconsider their strategy, post more content, promote yourself more, and get to know your audience better. After creating his successful office he knew that he had an obligation to pay it forward and help anyone who needed guidance, just as he did when he first started. He created the platform, Nifty Thrifty Dentists, so that any aspiring dentist would have easy access to advice in the form of podcasts and live streams. In addition to this, Glenn also travels to speak at some of the largest dental events, podcasts, and has coached many dentists to success. He decided to create a course to teach entrepreneurs how to grow a business which he teaches on Groupology. He has recently started writing his own book titled, “Industry Influencer”. This book teaches entrepreneurs how to use online and in person connections to grow their business and make an impact on their industry. The road to success was not an easy one for Glenn. He was surrounded by negativity and doubt but he was able to surround himself with supportive mentors who kept him focused and motivated. Finding an experienced mentor is not easy for everyone, which is why he has dedicated the next chapter of his career to providing mentorship for those who do not have access to it. Glenn does not care if he only reaches a handful of people, he feels lucky that he even has the opportunity to do so.

Why Cryptocurrency Traders Should Choose the CoinStats in 2021

How to increase online sales with a digital marketing strategy

How a Virtual Employee can help you cut costs?