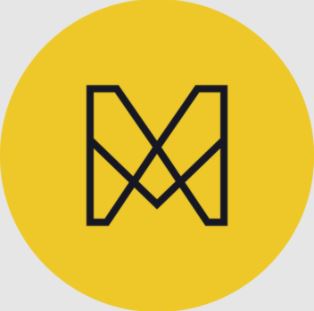 London, UK, 22 Sep 2021, ZEXPRWIRE, Mello Token is a redistributive cryptocurrency token on the BSC that was launched in March 2021. They have recently announced that development of their online gaming platform has finished and they will be launching on October 8th 2021 at 8:08AM PST.

Mello Gaming platform is reported to have a legal entity that will be formed and headquartered in the Central American country of Costa Rica where registration within the jurisdiction of this country legally allows them to perform all gaming related activities. The tokenomics of Mello Token, named Mellonomics by their team, includes a 3% transaction fee on all buy, sell, and transfer transactions outside of centralized exchanges that will be redistributed to all holders. A profit sharing program will also be implemented to give 5% of Mello Gaming profits to all holders who have at least 100,000 Mello via an airdrop. Holders of Mello Token will be able to utilize their tokens anywhere in the Mello environment and a variety of innovative promotions and bonuses for holders are currently underway to be ready by its launch.

Once launched, the Mello Gaming platform will be the largest cryptocurrency gaming platform on the BSC. The team behind Mello has developed the platform with their iGame partner Gammastack, a well-known iGame company with over 8 years of iGaming experience, over 250 team members, and more than 500 projects.

The Mello will have over 2000 games sourced from more than 40 game providers and will include slots, table games, and sports gaming among other games. Utilizing their sports platform offers an opportunity to play on sports such as Soccer, Tennis, Football (NFL), Hockey (NHL), and Basketball (NBA) with much more incoming.

The Mello team has also announced some very unique bonuses for their top holders. Every wallet with 1 million Mello or more by Mello Gaming launch will get a limited edition 1M+ NFT offering these holders a special gaming bonus which is set to be announced at a later time. It is reported that there will never be any more 1M+ NFTs minted after those given to wallets by gaming launch making this a very exclusive item.

This makes Mello gaming platform, the only cryptocurrency gaming platform that offers a utility within a gaming environment for holding an NFT. In addition, all Mello Token holders who have 1 million or more Mello for at least 30 days will get a 2% profit share airdrop in addition to the 5% profit share airdrop. Holders with 1 million or more Mello will also have an opportunity to join the Mellonaire Club and receive a physical card with built in NFC technology that will give them further benefits still to be announced.

Other promotional events the Mello team has reported is the launch of an exclusive Mello NFT collection consisting of approximately 1000 NFTs with varying features and attributes. These NFTs will be priced at 1 BNB each where all profits from this collection will be reinvested back into Mello.

Half of the profits are slated for direct reinvestment by adding 250 BNB into the liquidity pool and using 250 BNB to but Mello Tokens while the other 500 BNB will be used for marketing. The Mello NFT collection is set to be released before gaming platform launch with a date and platform to be released soon.

The most up to date information on Mello Token and the Mello gaming platform including details regarding the Mello NFT collection, Mellonaire Club, and other promotions can be found on their website: www.mellotoken.com