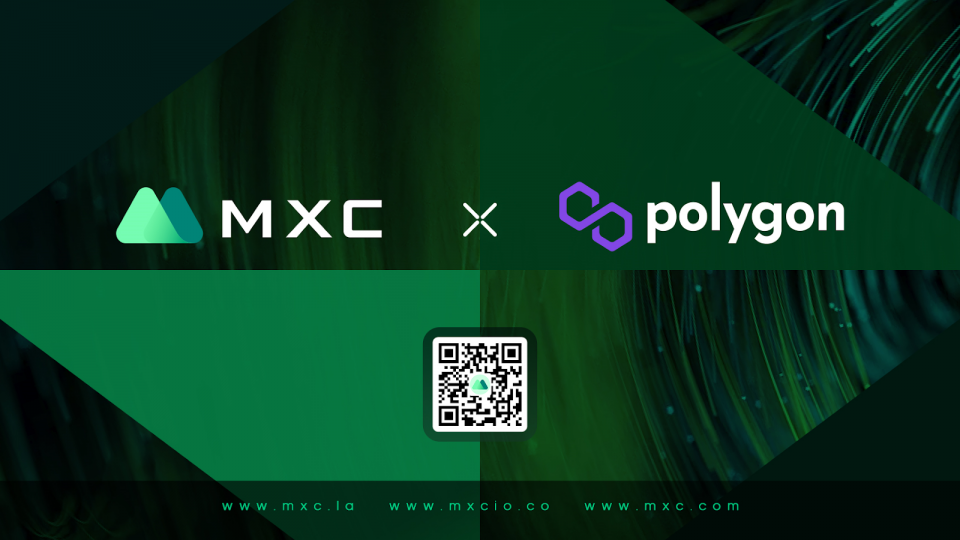 MXC Exchange has partnered with Polygon, formerly referred to as Matic, which is a platform for developing blockchain networks.

The exchange has recently attracted a lot of attention, with a  daily trading volume of about $4 billion. As a result, it has earned a spot among CoinMarketCap’s top 80 best and largest exchanges. It also recently announced a collaboration with the Solana Foundation and OKEX to launch two new investment funds to support the Solana ecosystem.

The goal of the Solana and Polygon partnership was always to cultivate close cooperation with some of the most exciting blockchain ecosystems.

Why Partner with Polygon?

There’s a lot attracting users to the MXC platform. Compliance licenses have been issued in five separate countries, so users know that the platform is safe. They also sell spot trading, leveraged ETF, options trading, and staking services in addition to these services.

MXC also strives to be as open as possible to its customers and to set objectives that are both positive and practical. The Polygon project is one of the most recent attempts at interoperability which scaling blockchain and aims to overcome certain perceived shortcomings of interoperability initiatives such as Polkadot and Cosmos.

First, the Ethereum virtual machine is compatible with those used to create Ethereum Apps and solidity programming; its competitor Cosmos uses a virtual WASM-based machine.

In another case, the shared security model of Polygon is entirely optional; for additional security purposes, sovereign platforms do not have to lose any independence or versatility. It claims to be sufficiently versatile to provide any scalability solution—over and above existing plasma chains, ZK-roll-ups, and positive roll-ups.

An overall image of the future can be deducted from the description done by the COO and Co-Founder of Polygon, Sandeep Nailwal –  “MXC is one of the world’s most innovative exchanges, and we’re pleased to closely collaborate with the team to make Layer 2 even more accessible through direct Polygon withdrawals/deposits and further research”

With Polygon, developers may launch preset blockchain networks with their needs-specific attributes. Users can further customize it with a broader range of modules that enable developers to build sovereign, more functional blockchains.

Chains started with Polygon are able, thanks to the arbitrary messages passing capacities of Polygon, to communicate with the other chain and the Ethereum. This ability will allow a range of new applications, including interoperable decentralized applications (dApps) and easy value exchange between various platforms.

The best way to define the polygon architecture is that it is a four-layer system composed of the layer Ethereum, the safety layer, the networks layer of Polygon, and the implementation layer.

In addition, two compulsory layers exist. The first is the Polygon network layer, the ecosystem of Polygon-built blockchain networks. Each has its community and is in charge of local consensus management and blocks production. The second is the execution level used to execute smart contracts by Polygon’s Ethereum Virtual Machine (EVM).

With the addition of Polygon in its partnership boat, the exchange is headed for the moon. The price of Polygon Network’s MATIC scaling solution has risen to a record high above 60 cents for a fourth straight day.

Layer two scaling projects like Polygon, which facilitates quicker and more affordable transactions using side chains that operate alongside the main chain, have increased demand for network overload and high-cost transactions on the Ethereum blockchain hence we can expect the exchange to keep growing.

As MXC CEO John Chen Ju very well pointed out: “MXC is continuously pushing boundaries, while holding on to its values and beliefs. Fruitful partnerships with valuable players of the crypto-sphere will drive the industry forward and only time will show the devotion and professionalism MXC continuously offers”

Currently, MXC Exchange has around 5 million users in more than 70 countries around the world. This achievement is a significant milestone, and the platform aims to become a go-to platform for new and experienced investors as they move forward.

The exchange spreads across five countries, Switzerland, Canada, Australia, and the United States where it is fully licenced. MXC offers a high-performance trading engine that developers with expertise in banking technology developed. With every second reliability, the exchange alone delivers 1.4 million transactions and adds improved performance. Singapore and Korea host its server clusters.

For more information about MXC, this ever-popular one-stop-shop for crypto exchange services, simply join any of the platforms on which MXC interacts with its community: Twitter, Facebook, Telegram or Instagram. You can visit these pages for further information on the platform.More details related to Polygon and it’s 2020 rebirth can be found on their official website or on any of the social media platforms on which they actively discuss with their increasing community: Telegram, Discord, Reddit or Github.

vEmpire DDAO: The Fight for Decentralization Begins as Its NFT and Token Launch Looms